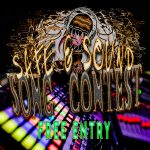 Safe and Sound Hello, fans, friends, and family of the Earworm nation! We hope you and your loved ones are safe and sound! Our crew wanted to spark and inspire your creative fire! We decided it would be dope to create a contest and give away some free creative content. So we put together a sound kit, some loops, and a free beat. This is all free for anyone. Even ...
Continue Reading
April 5, 2020 / Grim Singmuf / 1 Comment on Safe and Sound Song Contest

Earworm Update Everything is Sanitized

Earworm Update First up in this Earworm Update, on behalf of the EWEAC and Earworm Family, I would like to send prayers and love for the victim's families and those suffering during this pandemic. We stand with you united. Condolences to all who have suffered a loss in this time. Our prayers go out to everyone greatly affected by this. There are high hopes that we can get through this ...
Continue Reading
April 2, 2020 / willyworm / 2 Comments on Earworm Update Everything is Sanitized 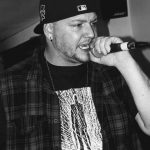 Kazkit Tha Monsta We had a chance to chat with Kazkit Tha Monsta. He has been in and out of the 603 underground scene for about 17 years. In 2009 he released the first full album he has ever worked on: Lockdown. Alongside lunatic Larry, collectively known as "The Cell Block Psychoz". After personal demons had a part in the split of the CBP, Kazkit took a break and guided ...
Continue Reading
March 27, 2020 / willyworm / 1 Comment on Kazkit Tha Monsta Earworm Interviews 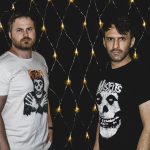 Black It Out Earworm Interviews

Black It Out We had a chance to chat with Shaun of Black It Out, a post-hardcore band based in California. Black It Out formed in 2005 originally under the name Scarlet’s Sonata. The band has gone through several lineup changes, but the members include: Bryan Underwood (vocals, guitar) and Shaun Zizi (vocals, bass, guitar). Described as having “... catchy, stuck-in-your-head harmonized guitar riffs, and lyrics that just make you want ...
Continue Reading
March 25, 2020 / willyworm / 1 Comment on Black It Out Earworm Interviews 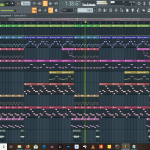 Free Files! As promised, the files from the first 3 sound design articles will be given away free. This will make it easier to follow the lessons. Everything needed from start to finish. You will then be able to manipulate the project to your own liking. Today is that day! Alongside the free files, we are giving away Grim Singmuf's EP "Dusty Bumps". Grim used many of the tips used ...
Continue Reading
March 25, 2020 / willyworm / 3 Comments on Free Files The Continuing Story of "Buh". 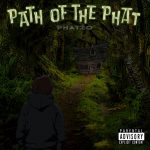 Phatzo We had the chance to chat and catch up with Phatzo, the rap game's favorite speedrunner from Hopkins Minnesota, a charity fundraiser, and 5-time Backyard Wrestling 2 World Champion. The newest face of hip-hop with a fresh take. He dropped his first album, Path Of The Phat, after a seven-year grind. Let us take a walk down the "Path of the Phat"... How did you become involved with Majik ...
Continue Reading
March 17, 2020 / willyworm / 2 Comments on Phatzo Earworm Interviews 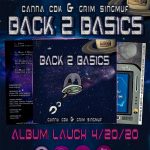