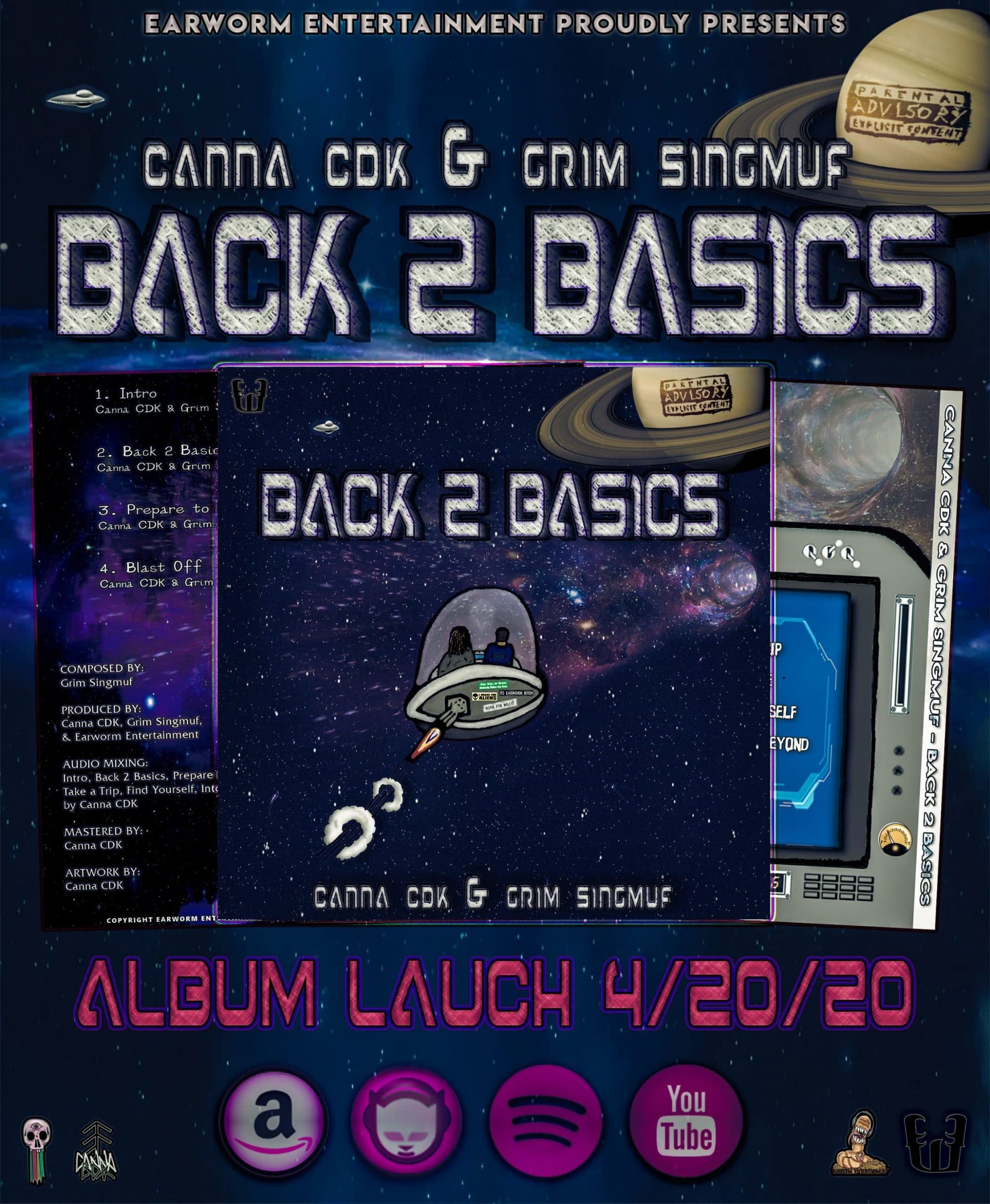 Canna CDK & Grim Singmuf of EWEAC came together to create Back 2 Basics. An album created using only the sounds available in our Back 2 Basics producer kit. Launching this 4/20/20, take a trip with Canna and Grim. This release encompasses the DIY nature of Earworm Entertainment. From the sounds to the artwork, this entire project was created in house. The theme focuses primarily on letting creativity take control. As the journey unfolds the listener enters new soundscapes. Not one track sounds the same.

As mentioned, everything, including the art was created in house. Canna hand drew the album art. This entire project is 100% created in house. From the ground up. We can’t wait to share it with you. What better day than April 20th? Get lit, bump our new shit!

Get High With Us!

Available April 20th, 2020 on all major streaming platforms, CD, and the Earworm Shop! Canna CDK and Grim Singmuf are very creative writers, this is sure to be an instant classic. With their psychonaut lifestyles and “Do it Yourself” attitudes, this collaborative effort is anything but basic. No matter how rapidly the music industry evolves, the desire to make music will never cease. From the street musician to the drum circle… From the kid making beats on a phone app to the DJ’s cutting up vinyl… The successful DIY musician of the next decade will have to be a multi-tasking performer. This album proves all that is possible and more.

Stream or buy on 420. Get liphted out of this atmosphere. If you’re into making beats lookout for a “Fire Deal” on the sound kit Canna and Grim used to create this new treat for your mind, body, and soul. True astral resonance from the Earworm Multiverse…

All sounds and melodies are Royalty-Free and have been created completely from scratch.

Super excited for this project to drop! Could not have found a better launch date!

Very proud of this project, home everyone enjoys the journey!