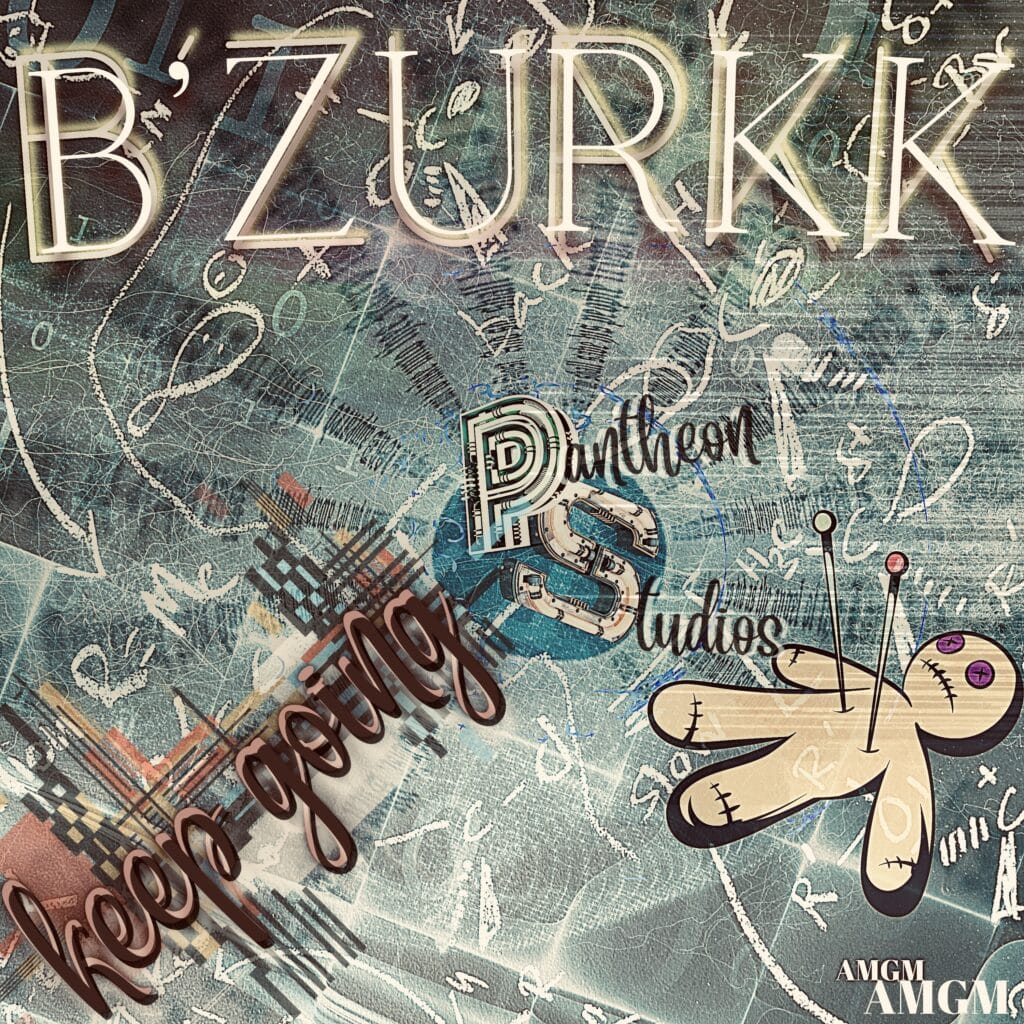 Hip-hop is molded by the self-starters within the industry. There might be no better example heading into the new year than B’zurkk. The New Mexico native has worked for the better part of a decade to craft his own lane within the genre. Moving to Colorado in his adulthood and becoming one of Denver’s underground gems. Originally a method of escapism to communicate his inner thoughts. He has developed his sound to balance the witty one-liner approach of classic rap with the melodic, pop-influenced musings of today’s chart-toppers.

Along his musical journey, B’zurkk turned his trials and tribulations into heartfelt records. New music that resonated with fans from every background. His skillset grew in other areas as well as he began to handle his own production in addition to engineering and mastering. Over the years, he has forged a fan base that has grown by the tens of thousands. Amassing hundreds of thousands of plays across his catalog on streaming services. His unwavering authenticity and dedication to his craft have led to great success. 2022 is set to be B’zurkk’s biggest year thus far. Colorado’s heart and hustle is ready to show you just what he’s made of!

What led you on your musical journey?

I Moved away alone in my very early 20s. Basically, I use music as a way to cope with life and tell myself things I need to hear or what nobody else knows how to tell me.

Lyrically you take the listener on sort of a lucid, introspective, stream of consciousness. It makes me wonder where does your inspiration come from, and who would you say inspires you the most?

I’m just inspired by myself and it’s just natural, I’m competitive one could say but it’s just a love of creating especially with open like-minded individuals, work ethic. Also over the years, I’ve met a lot who have told me how my music has helped them get through some shit or made them think… and that’s amazing to me

Hip Hop has many facets and subgenres, do you feel these labels and distinctions matter? If so, in what sub-genre would you categorize your music?

Walk us through your creative process.

Just do it, and on a daily basis. I write while I mix or make a beat as I’m making the art. Multitask quite a bit for sure. It’s been a habit for a while now. I do music wake up till knocked out. At the same time, I’m running my personal business (nonmusic related). But I just get a random beat go in the booth. Record, doing them all in one take or spit. Do at least 2-6 full recorded track takes and choose the cleanest one of the bunch. Then start mixing till I’m satisfied.

They all vary on timing could be the same day done or 1-2 or so weeks. I do one song at a time till done before I start mixing the next always done. This I’d tell myself “finish every song no matter how shitty or how much I don’t like or how good I think it is.” So that on the next one I make sure it’s as right as I can get it so I’m not wasting my time. It was also the best thing for me for learning or how to fix. Also, creativity came from this. Being it was one I had to burn through to get to the next one I had been building thoughts from for the next.

Locally, is there a big hip-hop scene? If so when did it begin, who are the key players in the Colorado hip-hop scene, and where do you sit at the table?

I’m in Englewood and or Denver Colorado. But man I don’t even know I just do my thing with music and running/building my business… I ain’t worried about others much unless they come to me or we cross paths. Though I’ve featured or collabed with many artists, I’m just not interested in wasting time, as it’s already of the essence. I’m bout progressing n putting time towards anything that’s either beneficial in the moment or potentially In the long run.

From your track “How it is” with a laid-back guitar feel to your track “Killatron” that’s more representative of old-school Jedi Mind hardbody rap, your production and style are 100% versatile. Who is your favorite producer to work with and why?

Well, I make some. Sin Xmega is my main producer and favorite. As we often work with each other and see each other in person. So we constantly working on music. I have been working with him for a couple of years maybe consistently. We kinda just go with the flow. Y-3 is another he’s from east somewhere so never met him in person. He’s been around for over a year though he’s not been as active as he once was with it. He’s still one of my favs to work with. Then there’s Cellblock Productions who I recently met he flew down here from the east coast for a week in December but we’ve made only 2 songs so far we plan on working a bunch more this year.

We know you compose your own instrumentals as well, do you prefer analog equipment like MPC and MASCHINE+, digital audio workstations like Ableton and FL Studio, or hybrid production of analog and digital?

Mostly digital. My way I’d say though whatever works with what I have to do it in the moment of time. I wouldn’t even call myself a producer I genuinely make them as just a creator and just because I can. It’s nothing hard to do just I’d rather spend my time writing recording mixing.

What is your view on “rap beef”, do you, or would you, engage in exchanging diss tracks when someone calls you out your name?

I’d like to say I wouldn’t waste my time and engage. Basically, to me, it’s just dumb as fuck and ultimately creates unnecessary violence and or stress. I guess it all depends on the time and place one’s mind is.

You get really deep. “I need some room to breathe, get these demons up out of me” is one bar that really encapsulates the mood on your track “Dec. 17th.” The whole song feels so melancholy from the beat to the vocal, it really takes you somewhere. “I’m just ventin’…” Can you break this track down for us?

I wrote that a while ago, and made beat myself in the time that Cellblock productions was here. When I finished the beat I opened my notepad and spit random writing on it. It had a decent feel to me so I went with it. All my writings are real raw emotions and genuine. So the feel comes from that. I have so many saved in Inkpad since 2009, some call it my lyrics graveyard.

Too many to type out. Though one, in particular, did some life damage. June 1st, 2010 I wrecked my Honda cbr600rr into a car and hit the windshield face first going around 40mph. I remember everything didn’t get knocked out or anything. Should have been dead I guess but u know how the docs are. Oh, and also have to learn to walk again. I said hell Nah! An walked 3rd day in ICU with no help and healed up fine thankfully.

Do you find it important to reflect this in your lyrics?

Though I have because I basically wrote and recorded my whole life. But no, I don’t find it important just another struggle to get through. As life tests us and separates the weak from the strong just have to “Keep Going.”

I made this beat also, by the way…

Do you feel the impact of social media has helped the independent musician more so now than in the past?

Not sure as I don’t care for social media. So I never really had any. Till not long ago I’ve only done music sites like Reverbnation or SoundCloud but it helps.

I’m just finishing up a new song called “Zero.” Zero but I constantly create so go with the flow. Mostly because there are many who wanna work or collab. But until they are serious or ready I just don’t stop ’cause I’m always ready.

As an independent artist, do you plan to cultivate your own collective or label, or do you plan on remaining solo?

It all depends on how it plays out. I’ll tell U this much. I won’t give up my musical freedom to a label or anybody unless the numbers and long-term things make sense. I’ll keep pushing independently for me and mine.

Is there anything you would like to add on?

Leave a comment here and let us know what you think about B’zurkk! We also got plenty of videos dropping and in creation, as I type this, that fact still stands true as you read this. This is because Earworm Entertainment Artist Collective does not slack. We are creators born to create. We are consistently creating something new beyond the music! lookout for new shows, videos, art, and music from my Earworm Family! Also, never forget the Schezworm Sauce!

A whole lot going on in this one! Love the unique style both lyrically and artistically (both audio and visual artwork) keep it up! 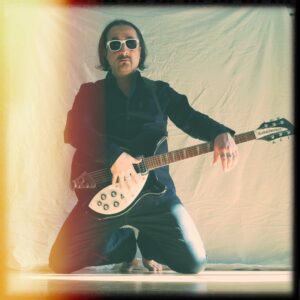