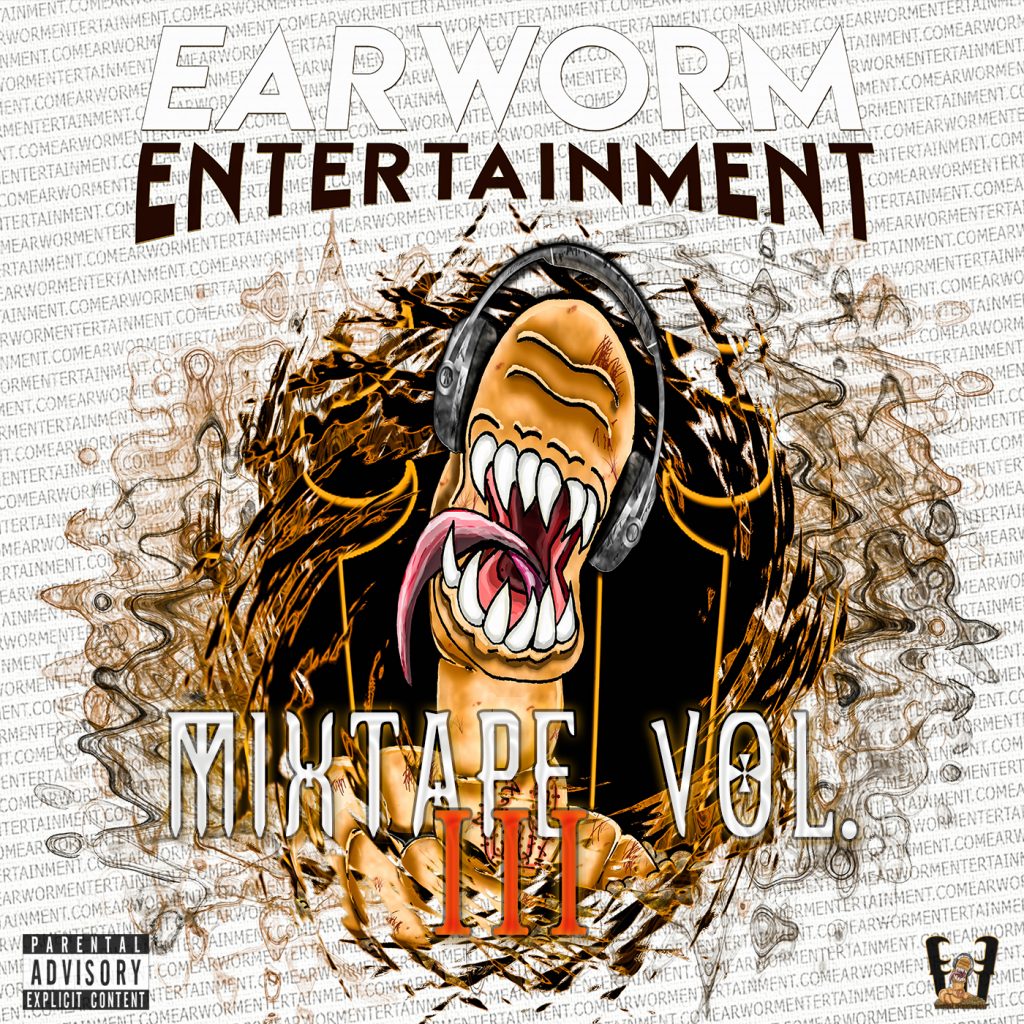 Get your Mixtape Pre Order today!

Getting ready to drop our 3rd mixtape on Nov. 24th! You can grab a pre-order over at our Bandcamp. Stop by our Bandcamp page for our Earworm Entertainment Mixtape Vol. 3 Pre order!

EWE Mixtape Volume 3 less than 10 days away! 21 bomb tracks guaranteed to heat up your winter, the type of beats and rhymes that will slap that winter frost of your beard! Alot of talent from the North American continent, we are crossing borders spreading the infection! There is only more to come, in the works now is a new series of cypher mixtapes. We are going overseas with this one. In the meantime we have gathered artists from USA and crossed over to mix it up with our brothers in Canada!

A lot of dedication, hard work and perseverance helped cultivate this monster of a mixtape, and its only an omen of things to come. With over 20 lyricists and an array of seasoned composers and beat production specialists as well as our in house engineers, EWE Mixtape vol. 3 will be in your top 10 favorites!

Produced by Earworm Entertainment and compiled by Canna CDK, this release is one that will stay in rotation, simply timeless! Head over to our Bandcamp and secure your copy today!

So much talent in one mixtape. Canna CDK went out of his way to get a lot of heads on this one. It paid off and his reach went pretty far! With some west coast and Canadian collaborators its sure to shine on differing aspects of creativity. There are a grip of unheard tracks as well as a few you may know.

Get to know the crew!

Earworm Entertainment is a business specializing in audio production, digital release preparation, & live event music. Also under the Earworm Entertainment brand is the EwEaC which is a collective group made up of music artists covering a broad spectrum of sub-genres & styles. This massive mixtape gives the listener a look at our different styles as well as helps to shine some spotlight on other associated acts

21 Tracks from New England’s underground music collective EwEaC with collaborators from California, Canada, and beyond!

Can’t wait to share this project with the world!