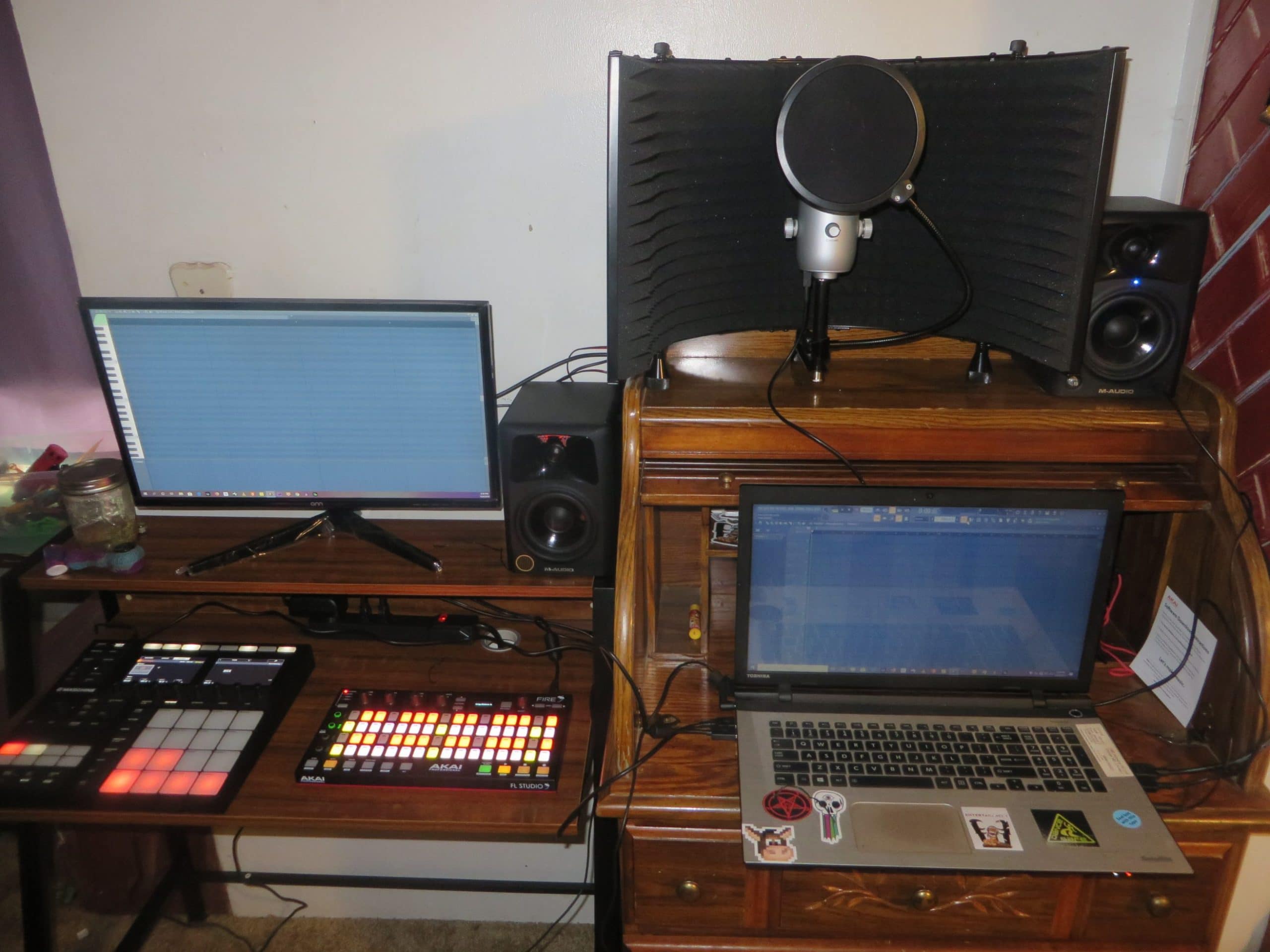 This is the first in a series of music production tips. Sound design is the process of recording, acquiring, manipulating or generating audio elements. I’ll be using FL Studio 20.6, but everything I do in my Digital Audio Workstation you can do in any DAW. There are 2 main methods of Sound Design. The first we will talk about is capturing and manipulating audio. Later we will get into synthesis. For capturing sound you will, of course, need some type of microphone. The quickest and easiest thing I could record was myself. I simply recorded “buh”.

This is a “dry” recording. Meaning it is raw, with no added effect. Just as it was recorded. Wet and dry are common music terms. When a sound has any effects applied to it, that sound is considered “wet”. Next, I will manipulate the sound wave. I’ll begin by adjusting the “time” of the sample.

ADSR stands for “Attack”, “Decay”, “Sustain”, and “Release”. These terms are very important for those embarking on the path of sound design. ADSR describes how the sound changes over time.

ADSR envelopes apply to all sound no matter what kind of source you’re using. I find after giving my sound the proper start time and boost its best to use my ADSR envelope to further manipulate the sound. Wondering what will become of “buh” is all part of the fun.

I went with a short attack time. Turned the decay nob all the way up. Brought the sustain up a bit, and raised the release up about 3 quarters. Here is the result:

An equalizer is simply a tool that lets you adjust the volume of the individual frequencies within an audio source. By boosting or cutting particular frequencies, we can adjust that tone and change the timbre of the sample. This is where most will start hearing a difference. I’m going to use a stock plugin called “Parametric EQ2”. This is a great effect plugin that comes with FL studio.

What I’m going to do with “Buh” is create 4 separate channels with this sample, and make 4 different adjustments. All using the Parametric EQ2.

We’re gonna work this “buh” into something percussive. This is very basic sound design. We will be adjusting the EQ as well as start times and pitch.

Most of these adjustments were very simple.

Next, I’m going to develop a rhythmic loop of all 4 percussions before going into more mixing.

I’m going to start adjusting the levels in the mixer. As well as adding appropriate effects to bring this a bit further. This even includes going back to adjust ADSR for each individual sound. Using compression, a bit of reverb, and some subtle delay we can make this more alive.

Sounds more full and alive! All this from a super simple voice recording. Before I end this lesson I’m going to throw a hook from one of my tracks in. Just to see how my vocals sit in our “buh” drums.

Next article on sound design, we will continue with this “buh” sample. Except we will be learning about the “synthesis” side of sound design.

Very informative, and provides a real insight to producers who are still crafting the art for eventual perfection (or at least the constant pursuit of such haha) I highly recommend ALL these articles for people interested in designing custom sounds to make their own unique mixes and musics 😀 much love brother! M.S. and the Cesspool Asylum Krew!!!!