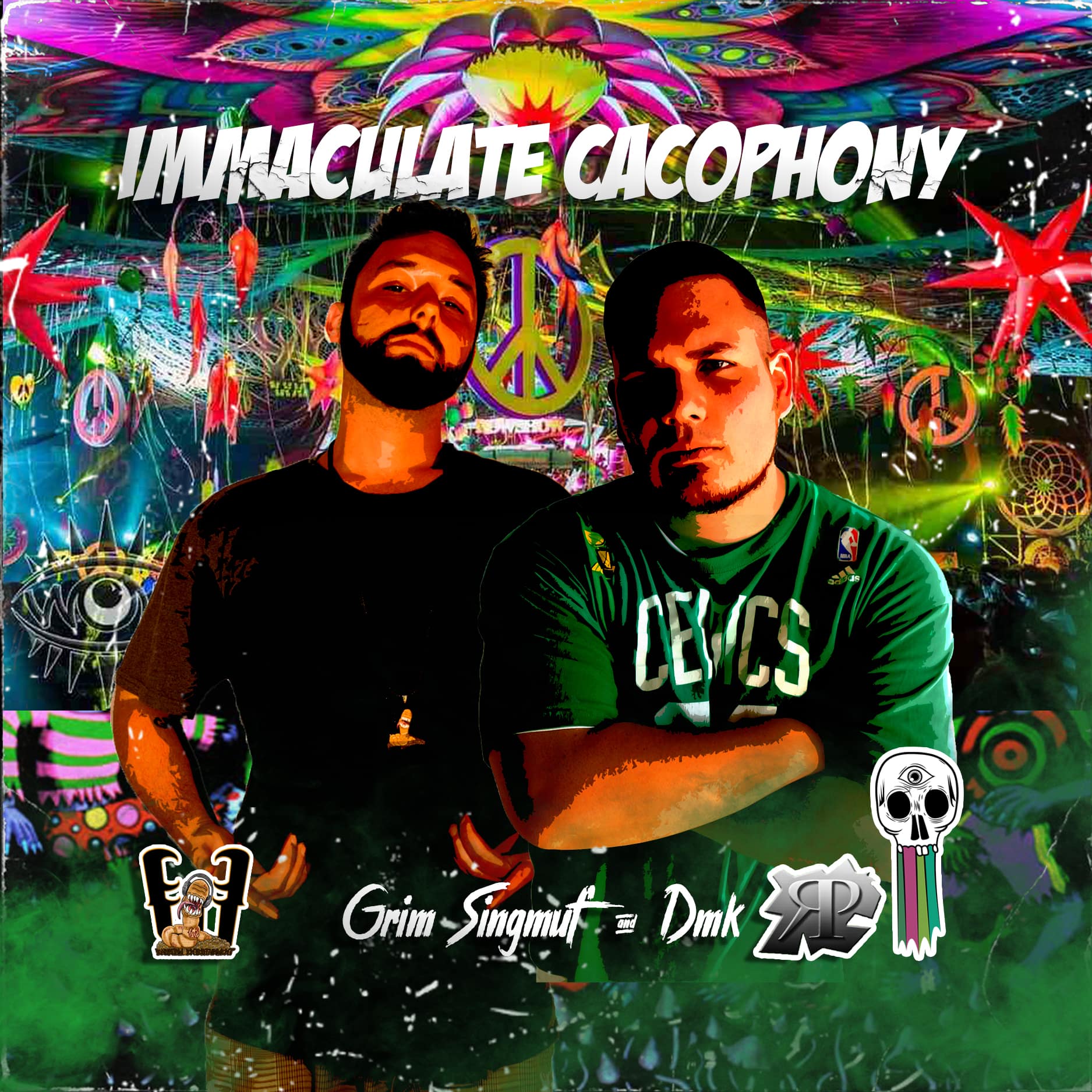 Dropping on August 13th, 2020 is “Immaculate Cacophony”. Produced by Grim Singmuf, this is a collaborative effort with DMK of NFG. It is a 9 track album they created in a spur of the moment type situation. Not to say that it was rushed, however, it was discussed and then manifested. In the DIY spirit of EWE, we are offering the sound kit that made this album. So you can create your own cacophonies with our crazy sounds. This album will also be available for streaming on your favorite streaming apps!

The name came before the music. Grim was deep in quarantine, eating psilocybe honey contemplating how to translate Paul Laffoley art into music. He developed chaotic soundscapes that cover many frequencies. Each track has a completely different mood. Some of the instruments seemingly weave in and out of each other, as do the songs and the moods they portray. A first-time collaborative effort for these two artists, possibly the intro to a more refined project. Either way, you’re guaranteed to feel the vibe!

For all you producer heads, sound effects peeps, and those who just need new sounds in general. We are selling the sound kit for this album.

A huge sound kit created in house by Grim Singmuf. There are 11 folders with over 85 high-quality one-shots and sounds designed for creating perfect cacophonies!

These are the sounds that helped create the album “Immaculate Cacophony” by Grim Singmuf and DMK.

Composed by Grim Singmuf (of the Earworm Entertainment Artist Collective)