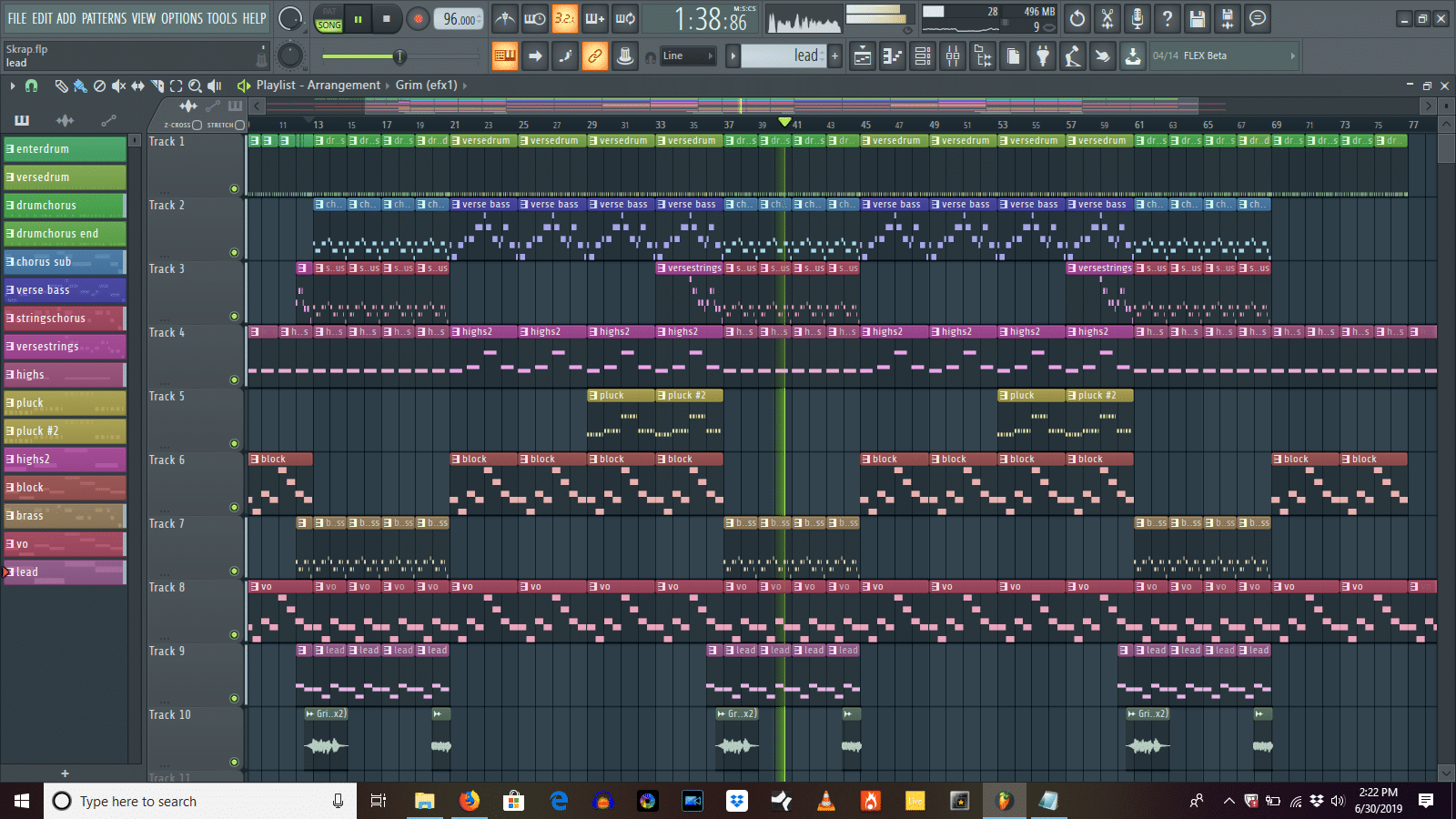 As promised, the files from the first 3 sound design articles will be given away free. This will make it easier to follow the lessons. Everything needed from start to finish. You will then be able to manipulate the project to your own liking. Today is that day! Alongside the free files, we are giving away Grim Singmuf’s EP “Dusty Bumps“. Grim used many of the tips used in the previous lessons to create this completely sample-based EP. Head over to the “Dusty Bumps” product page for the free downloads!

The Continuing Story of “Buh”

Free files for you!

We hope you enjoy this project! Earworm Entertainment is all about art and creativity. Our hope is that you enjoy building with our “Sound Design” articles and the free files associated with it! We hope to have more of this type of content. 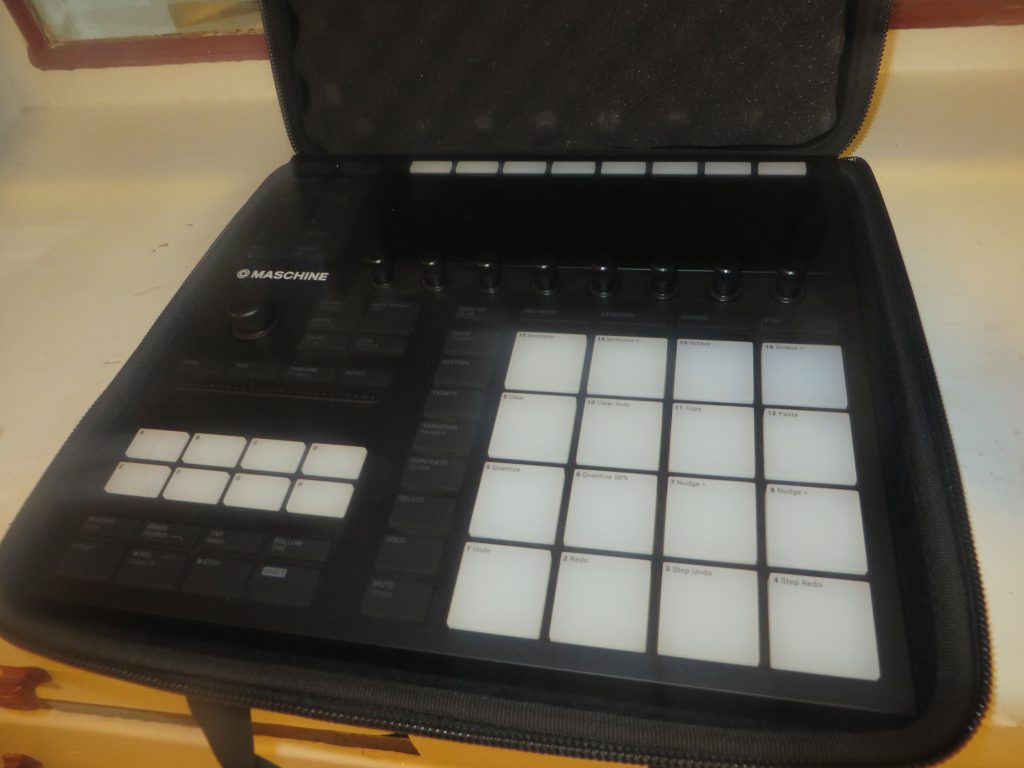 Dusty Bumps is a free EP. 6 tracks in Grim Singmuf‘s LoFi-Plunderphonic-Sample Based style. Creating artistic and verifiably psychedelic vibes. Assembling a full-on collage of sound through samples of songs hand-selected by Grim himself. Laced and threaded into hazy textures and tempos designed to be so vivid, you can see the music in your mind.

This short, but succulent, sound collage from the mind of Grim Singmuf was made in the Earworm Entertainment DIY spirit! Canna CDK hand drew all the art himself. While Grim cut, sliced, spliced and manipulated different genres into this hazy, wormed out, EP. 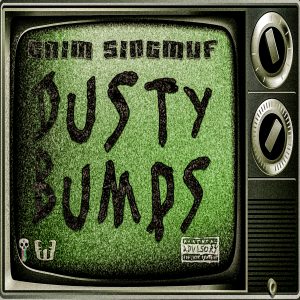 What is a sound collage?

The origin of sound collage can be traced back to the works of Biber’s programmatic sonata Battalia (1673). As well as Mozart’s Don Giovanni (1789). Some critics have described certain passages in Mahler symphonies as collage. The first fully developed collages occur in a few works by Charles Ives. Whose piece Central Park in the Dark, composed in 1906, creates the feeling of a walk in the city. By layering several distinct melodies and quotations on top of each other. Thus, the use of collage in music actually predates its use in paintings by artists like Picasso and Braque. Who are generally credited with creating the first collage paintings around 1912.

Plunderphonics is a term invented by John Oswald. In his essay, Plunderphonics, or Audio Piracy as a Compositional Prerogative, He refers to the compositional technique of utilizing and manipulating one or more pre-existing audio sources to create a new composition. It is an Experimental form of sound art. One that uses similar techniques found in Sound Collage. Where plunderphonics differs from sound collage is usually in the execution/composition. As well as the end result’s links to more traditional music genres. A plunderphonics song could essentially be a soundscape of assorted layered samples. In the same way, a sound collage piece is put together. It could just as easily be a rhythmic Electronic piece. Made up entirely of pre-existing materials. Like what is heard on “Dusty Bumps”

In his essay, Oswald describes this form of modern sample-based music as an extension of previous modes and methods of traditional composition. For example, he compares the instruments used by traditional musicians. Like the piano. As being a vehicle for composition. In the world of plunderphonics, a digital sampler is the vehicle for composition. This is compared to the Hip Hop method of scratching and sampling vinyl records. Within their songs as being a vehicle for composition. However, music containing samples and sample-based plunderphonics are still radically different fields. Plunderphonics itself is driven almost entirely by the sonic desires of the composer, using the samples as an instrument in their own right, as opposed to using them as an added “extra” within a song.

G.O.A.T Beetz is a DIY cassette label out of Astoria Oregon. They create limited edition sample-based cassettes. Grim Singmuf has released a lot of his trippy sound collages on this label. If you need something, trippy and oddly nostalgic, go check them out! Knablinz even creates visual collages to complement each cassette.

[…] you want to know more about Plunderphonics and how Grim Singmuf creating the song “Buh,” then click here or go to The Earworm Entertainment […]

[…] Grim: I manipulate sounds I recorded and create synthetic drums and other instruments and collect them as individual impulses. From there, I will create loops using only the sounds I created. Another step is creating “presets” on various VSTs. Then I separate each for easy navigating. So each kit will contain one-shots, loops, and presets. We’re currently giving away a free kit; it’s part of an article that details these steps. See the article here! […] 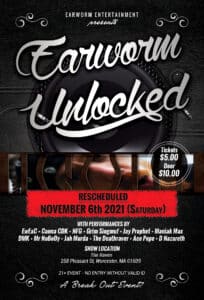 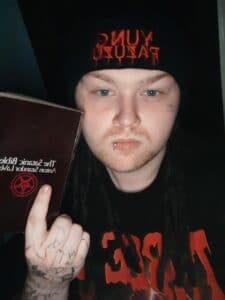 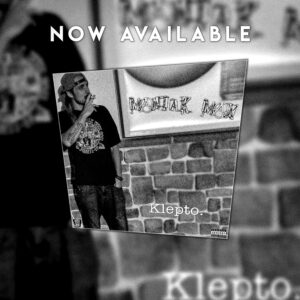 This website uses cookies to improve your experience while you navigate through the website. Out of these, the cookies that are categorized as necessary are stored on your browser as they are essential for the working of basic functionalities of the website. We also use third-party cookies that help us analyze and understand how you use this website. These cookies will be stored in your browser only with your consent. You also have the option to opt-out of these cookies. But opting out of some of these cookies may affect your browsing experience.
Necessary Always Enabled
Necessary cookies are absolutely essential for the website to function properly. This category only includes cookies that ensures basic functionalities and security features of the website. These cookies do not store any personal information.
Non-necessary
Any cookies that may not be particularly necessary for the website to function and is used specifically to collect user personal data via analytics, ads, other embedded contents are termed as non-necessary cookies. It is mandatory to procure user consent prior to running these cookies on your website.
SAVE & ACCEPT
error: Content is protected !!
wpDiscuz
3
0
Would love your thoughts, please comment.x
()
x
| Reply
Wishlist 0
Open wishlist page Continue shopping