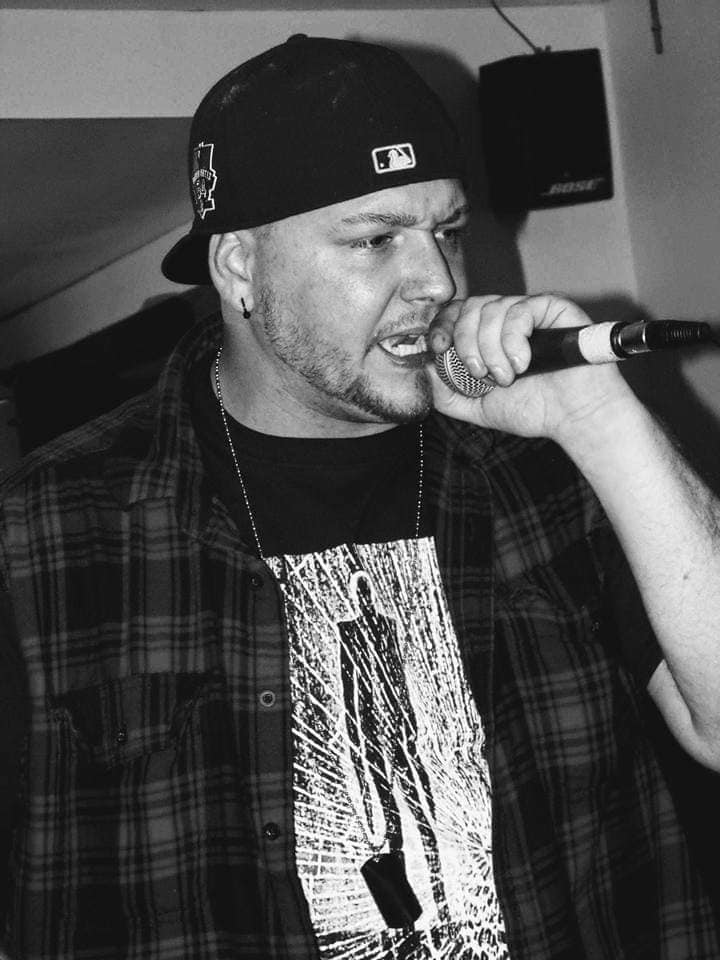 We had a chance to chat with Kazkit Tha Monsta. He has been in and out of the 603 underground scene for about 17 years. In 2009 he released the first full album he has ever worked on: Lockdown. Alongside lunatic Larry, collectively known as “The Cell Block Psychoz”. After personal demons had a part in the split of the CBP, Kazkit took a break and guided other artists. Such as Kremortus and Steady Going Crazy. In 2017 Kazkit met Livid Rhymer and joined Livids label “Dark Foss”. For the first time since the split of CBP, Kazkit recorded a solo single “She Says I’m Psycho” and another single “Toxic Love” with Livid. Late in 2017 Kazkit started working with Kdaver and helped him form his label “Trauma Unit”. While under the Trauma Unit banner Kazkit recorded “Americas Scumbag” a favorite song of many. In 2019 Kazkit decided to break out on his own and form “NEK Entertainment”. An artist collective with artists “KraeyziePayN” and “Kremortus”. March 14th 2020 Kazkit released his EP “The Old Shit EP“. Kazkits next release is August 4th a full-length album “Order 66”

Honestly, I was about 11 years old. Basically wrote horrible poetry. I didn’t even start really taking my lyrics seriously until I was about 15 years old. When I started working on songs with my homie Wikidmac.

I grew up listening to a lot of West coast g-funk. Such as Snoop Dogg, Tha Dogg Pound and Warren G. My older sister is actually the one that introduced me to hip hop, in general, the sound sounded so amazing to me I wanted to be just like them.

My creativity just comes out of nowhere. I could have weeks of nothing and then all of a sudden for two weeks straight I’m writing lyrics non stop. So it’s kind of sporadic.

I have produced my own beats in the past, but as of lately, no I haven’t been using my own produced beats.

Nope. I was raised in a family of traditionalist. Nine to fivers. Actually my family believes that I was wasting my time with rapping.

My children definitely inspire me. My daughter is 14 and starting to write music now. So now that she wants to be exposed to the business. I kind of got to tone myself down a bit. Which is sometimes very hard. 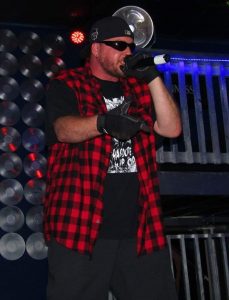 I definitely value creativity over anything else because with good creativity can come the perfect execution.

Hahaha! This one will cause a bit of a stir with some of the fans I think my song SED it’s my best song. Yet but if you ask the fans they will say American scumbag.

I’ve definitely gotten more creative with my wordplay and my storytelling ability has gone up tenfold.

I have to work on my consistency. I get sidetracked by everybody else’s projects with NEK and end up helping them with theirs and I put mine aside. Which is the reason why my old shit EP took so long to release.

Yes, I have collaborated with Crazy J and Verbal Assault and Kremortus. The process usually depends. With Krem and J, we usually sit in the same room, listen to the beats, and try to come up with something. Verbal Assault was a little different they live in northern Maine so basically they sent me a beat told me what the general subject matter of the song is and then I wrote to it.

Alcoholism in the music business. Doing shows and working with some of the people that I worked with. In the past, alcohol was kind of like a major part of the process, and developing a problem, didn’t make anything better.

I definitely like creating more. Performing is fun, but when you do it a million times, you just kind of want to get it over with. Don’t get me wrong I enjoy performing in front of fans, friends, and family. But I definitely enjoy the creation of what I’m putting together.

Back in 2009, I was in a group called Cellblock Psychoz, with one other person. It’s where I developed my flow and started to blossom as an actual artist.

Just like anyone else. I work. I sleep. But I also write music and check-in with other NEK Entertainment artists.