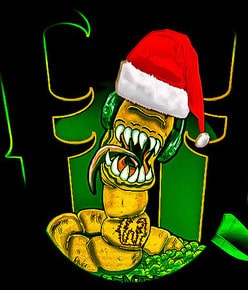 Winter solstice is the longest night. 2019 in Northern Hemisphere it will occur at 8:19 PM PDT on Saturday, December 21st. Midwinter occurs when one of the Earth’s poles has its maximum tilt away from the Sun. It happens twice yearly, once in each hemisphere. Astronomically this solstice marks the beginning of lengthening days and shortening nights. Culturally this is a time for Festivals, kicking it with loved ones, feasting, singing, dancing, and fires.

Winter Solstice celebrates the longest hours of darkness or the rebirth of the sun. It is believed to hold powerful energy for regeneration, renewal and self-reflection. All locations south of the equator have day lengths greater than 12 hours at the solstice. Meanwhile, all locations north of the equator have day lengths of less than 12 hours. For those of us on the northern part of Earth, the shortest day comes at the solstice. The longest night.

Yule, a fire festival, is a time of celebrating the return of the light. From this point forward, the days will gradually grow longer again. Only until we reach the height of the Sun’s power at the Summer Solstice.  We will still see comparatively little of the Sun’s light for several more weeks. This should remind us to have patience. The waning half of the year is over, and warmth, growth, and light will reign again!

This time is celebrated in many ways, by different humans. Here in America, it is called Christmas. The name ‘Christmas‘ comes from the Mass of Christ (or Jesus). It is a nationwide holiday here that is typically celebrated with the family feasting and exchanging gifts. The significance of the Winter Solstice has been recognized for thousands of years. Ever since human beings first observed the ever-changing patterns of sunrise and sunset throughout the seasons.

The ancient Romans, Greeks, and Persians all held festivals at this time. Many of which celebrated the birth of one or more gods. Of course, the leaders of the early Christian church decided that this was a good time to celebrate the birth of Jesus as well. Since one of their strategies for winning converts was to align their holidays with already-existing pagan festivals. The name “Yule” actually comes from the pre-Christian festivities of Germanic tribes. It is believed to have been handed down from the ancient Norse in particular.

As Christians spread their religion into Europe in the first centuries A.D., they ran into people living by a variety of local and regional religious creeds. Christian missionaries lumped all of these people together under the umbrella term “pagan“.  This term is related to the Latin word meaning “field”. The lingual link makes sense being that early European Christianity was an urban phenomenon. While paganism persisted longer in rustic areas. Early Christians wanted to convert pagans, but they were also fascinated by their traditions.

Gift-giving may seem inextricably tied to Christmas. It used to be that people looked forward to opening presents on New Year’s Day. They were a blessing for people to make them feel good as the year ends. It wasn’t until the Victorian era of the 1800s that gift-giving shifted to Christmas.

Even longer back into history, we learn the significance of reindeer, as well as the tree and the gift it bears. The Ewenki are a tribe from northern regions of Siberia. These reindeer herding men would witness the herd eating Amanita Muscaria. Amanita Muscaria is a mushroom that only grows under specific evergreen trees. These men would observe as reindeer dig through the snow to eat them. What was more curious was the animals also drink their urine afterwards. The reindeer provided the Evenki and other northern tribes with everything. Their clothing, yurt material, wares and tools from the bones and antlers, transportation, milk, as well as cultural and religious inspiration.

It did not take long for the tribesmen to move from curiosity to experimentation. The whole idea of ‘flying reindeer’, is a religious remix of these mushroom nibbling reindeer. They would dry these mushrooms and get liphted. The drying created a chemical change that made the mushrooms psychoactive.

Muscimol and Ibotenic Acid are the main psychoactive compounds present in many mushrooms of the Amanita genus. They are dissociatives and selective agonists for the GABAA receptor set, unlike Psilocybin, which is a psychedelic and an agonist for the 5-HT2A receptor set. Muscimol is the product of the decarboxylation or drying of ibotenic acid. It is thought that muscimol is as much as ten times as potent as ibotenic acid.

The effects of muscimol are substantially different from psilocybin and psilocin. The chemicals target separate parts of the brain. Muscimol has been shown to lack “structured” hallucinations in most cases. The effects are frequently compared to a lucid dream state. The hallucinogenic effect produced by muscimol is most closely comparable to the hallucinogenic side effects produced by some other GABAergic drugs such as zolpidem.

Peak intoxication is reached approximately 2-3 hours after oral ingestion, consisting of one or all of the following: visual distortions/hallucinations, loss of equilibrium, minor muscle twitching (commonly mislabeled as convulsions), and altered sensory perception. These effects generally last for 6-8 hours, varying with dose. Perfect for the longest night!

Preparation is key to having a great experience with the mushrooms. Even when dried, they mainly contain Ibotenic Acid, which is far less psychoactive, and more toxic, than Muscimol. Traditionally the mushrooms were eaten and the body would convert most of the ibotenic acid into muscimol in the liver, which would be passed on to the bladder and the urine would be “recycled” to have a psychedelic experience.

I use a tea be made with the dried mushrooms to convert Ibotenic Acid into Muscimol. (Recipe Below)

If you have picked wild Amanita Muscaria or any similar species the best way to dry them is to place them in a dehydrator. Or an oven on the “warm” setting for several hours. Here is a source if they do not grow in your area: Amanita source.

Amanita Tea: 1. Powder dried mushroom in blender/food processor to maximize surface area. 2. Bring water to just below boiling(Around 2 Cups per 15g). Then add the powdered mushrooms. If you have a thermometer you want to keep the temperature between 180-190°F. 3. Allow mixture to heat for one half to one hour, stirring occasionally. Do not allow the temperature to go above 200°F or you will begin to destroy the Muscimol. 4. Strain away the solid mushroom matter(Cheesecloth works well for this) 5. Add sweetener if you wish as the flavour of the tea is less than desirable.

The psychoactive substances of Amanita pass through the body unmetabolized, in the urine. The psychedelic effect can be recycled up to five times! Sharing is caring! The removal of the carboxyl radical from ibotenic acid that the A. muscaria contains, results in the psychoactive molecule muscimole. This transformation of molecules is driven by the metabolic process of decarboxylation. Though the liver is not very efficient at this process. About 85% of the ingested ibotenic acid leaves the body unaltered via urine. Your piss contains five times the amount of muscimol, then your body is capable of absorbing.

Awwww yeah! Party up in this bitch on the longest night on the night of the solstice 😀 much love homies and a giant BLESSED BE from Spaulding and the rest of the Cesspool family!