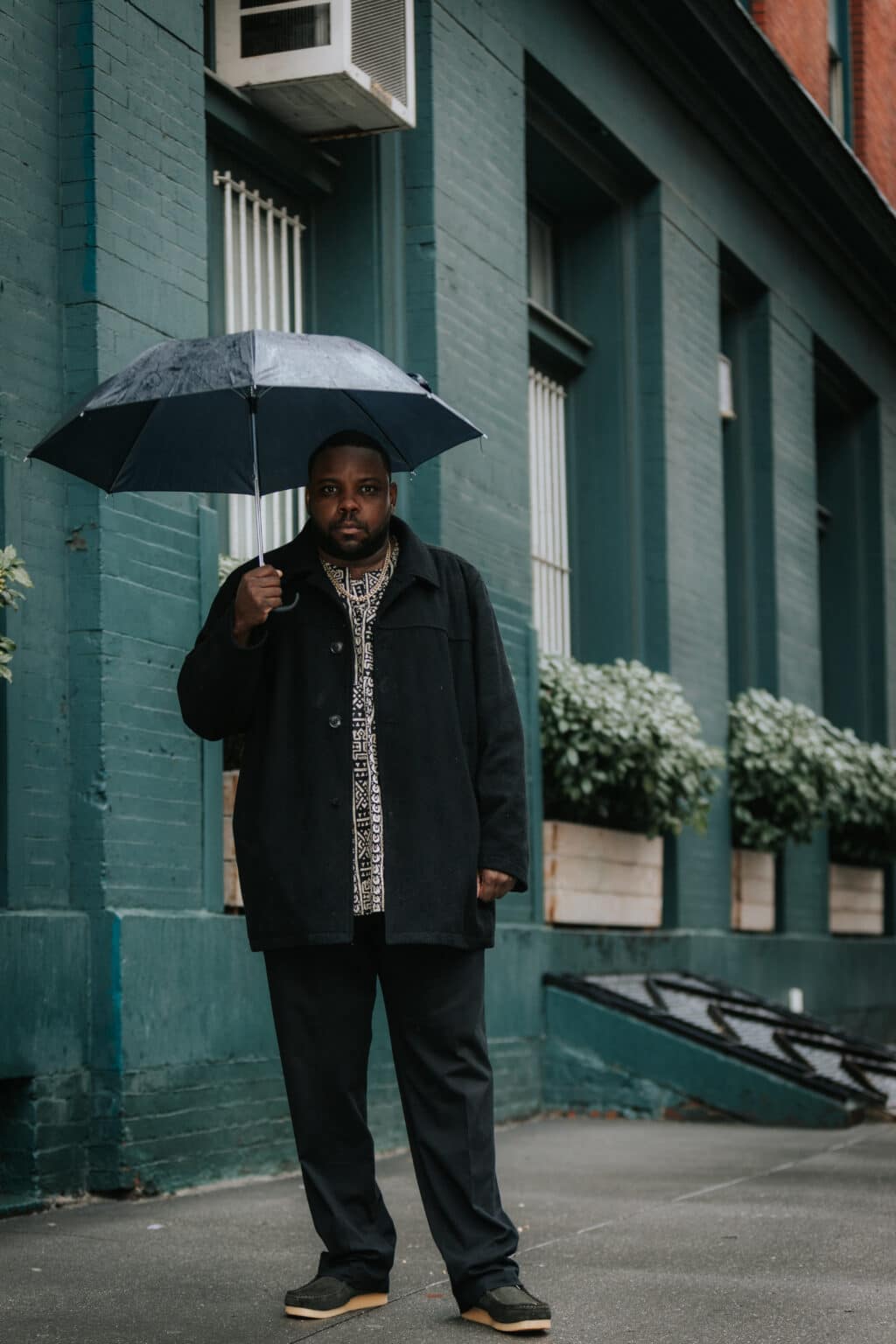 Born and raised in Chicago, IL (99th & Loomis/ Southside Chicago), the artist known as “Elyahreev Immortal” fell in love with music at a young age. Influenced heavily by the sounds of Slick Rick, Run DMC, Eric B & Rakim, Gangstarr, Krs-One, MC Lyte, A Tribe Called Quest, Tupac, Outkast, Fellow Chicagoan Common, and various other artists. Hip Hop played a role in his upbringing. After several weeks of mental preparation, he mustered up enough courage to begin rapping. Upon his early rap lessons, he was introduced to various regions of hip hop, from the east to the west. It was upon this time that Elyahreev Immortal aspired to become a lyricist. In his Teen years, he became a member of BUC Crew (Beware Use Caution/ Blowing Up Chicago).

Elyahreev kept writing and eventually hooked up with super producer SC (The Game, Mobb Deep, Nipsey Hussle). Reev’s lyrical wordplay, aggressive punchlines, in-depth message, and delivery worked well. He set out to prove that Hip-Hop is still alive and well. His past releases include: “Siege Of The Surge, Stage 1: Divine Will”, “Siege Of The Surge, Stage 2: The Master’s Room” and now his latest effort “Escapist Haze” in 2021. With hopes of bringing back a message to music, he sets off to create a new “breed” of musical intellect for fans that aspire to Be Better!

Your style is very versatile, where does your inspiration come from and who would you say inspires you the most?

It’s simple, I’m always striving to maximize my potential and live a lifestyle that’s very progressive and truth-centered and I just try to capture the highs and lows of that journey musically, and just I really want to make it dope and far from the norm. I don’t follow formulas and I create my own custom formula for myself so all of the originators in hip hop and music, in general, inspire me greatly, from DJ Premier to Nile Rogers, from Jay Z to Iggy Pop and the Stooges, From Kendrick to Phyllis Hyman… It’ll be a long post if I type them all. lol!

How long have you been vegan?

I became a vegan over 23 years ago as a youngster… way before it was popular, lol!

Your sound is very classic, Do you compose your own instrumentals?

Yes, I’ve been producing since 2007 but I also get assistance from two other producers that are my mentors and also my friends, they’re names are SC and Deka Derse.

Can you tell us a bit about “SOTS4” and what we should expect next from you?

I have a lot of visions written on the boards on my wall about SOTS4 but one thing I’m working to make sure of is that SOTS4 is extremely beautiful and soulful with hardly any grimy or gutter production for lack of better words. Also, I want the album to capture more of a spiritual upswing so that it follows up the raw, vulnerable, and transparent content of SOTS3 in a progressive way. I pray my life is in alignment with that vision so I can effectively pull it off in the right spirit and with the realness required.

Your music is full of raw emotion, especially the track “Linda”, where do you draw this passion from?

Real-life issues and real heart-driven content, I’m always striving to find solutions and record moments in time so primarily I don’t forget but it’s also accessible to others. I believe in transparency and vulnerability in my music and I make sure it’s truth-centered as well and I can live with whatever comes with it! I will not waste people’s time lying and acting like I’m something I’m not for “entertainment”.

How is the rap game different in Chicago than it is in New York City?

I love Chicago and NY and both cities are the home of legendary lyricists, artists, and producers. However, I relocated to NY for better networking, more outlets for performing. Also, to be conditioned by the reality that all the greats once came through NY grinding before they blew up. So in NY you really gotta come with your A-game because high-caliber talent has been and is always making their way through here from around the world. I also have an international vision and I consider myself a “migratory bird” so if I’m gonna go hard I might as well do it in the largest market.

Hip Hop has many facets and subgenres, do you feel these labels and distinctions matter? If so, in what sub-genre would you categorize your music?

Those labels can be a good thing and a bad thing and I don’t like to be boxed into one thing or another, I created my own sub-genre called “Regenerative Hip-Hop” because I think I far exceed just being a “conscious rapper” being a “positive rapper” or being “woke” lol! I think of this whole art form like it’s a science and I desire to give it that regenerative energy it needs so that of can evolve and not devolve.

Stepping out of my comfort zone to the point of creating a lifestyle around living in my car, there were a lot of dark moments where I thought I was an extreme failure but it gave me the fuel to strive for greatness, continue to pursue my dreams and never settle for mediocrity so I don’t regret it. Those days are over and my latest album “SOTS3: Escapist Haze” goes heavy into that stage of my life.

Do you find it important to reflect this in your lyrics?

Yes, because I never want people to think I’m some special person or that someone else set me up for success. I vent through music and put my life up as a sacrifice so others can get whatever they get from it and not make some of the mistakes I did, it ain’t always pretty but it’s fair!

What is your view on “rap beef”, do you, or would you, engage in exchanging diss tracks when someone calls you out your name?

It would take a lot for me to respond and I still may not respond! It would have to affect much more than just me but honestly, I most likely would arrive to communicate with the person to find a solution instead of engaging in wars over wax… I don’t play with that energy! I’m from the south side of Chicago and I came up at a time where many were being killed over “rap beef”. I’m not even a fan of battle rap or URL (Ultimate Rap League), to be honest, but I will battle against others with our works of art and the impact it has on the people, I’m all for that!

When you are not focused on rapping, what do you do that inspires your artistic endeavors?

I try to stay consistent with exercising and I love to run and get my runners high and most of the time I run before I write or work on the production aspects. I’m a heart-driven artist and everything I work on is an attempt to aid or find a solution or breakthrough through a period in my life and I share it with others so I just strive to live my best life. I love to travel and get away from the stressful city environments and I love to chill by large bodies of water (preferably a lake or ocean) to clear my head and think about my life and my next move.

Great interview, I dig your vision! Is there anything you would like to add on?

My series “Siege Of The Surge” began with the drive to make progressive, heart-driven, truth-centered, real, and uplifting music the dopest music in the game again and for it to have that surge of energy to push the people to labor and grind hard to maximize their potential while moving in the right direction, I have no idea how many stages it will take to accomplish this but we got three stages done so far, SOTS4 coming soon!

Elyahreev Immortal is an incredibly dedicated artist. Follow him on Youtube – Apple – Spotify – Bandcamp – Amazon – Tidal – Soundcloud! If like me, you are a Hip-Hop purist, you will love Elyahreev Immortal!

Leave a comment here and let us know what you think about Elyahreev Immortal! We also got plenty of videos dropping and in creation, as I type this, that fact still stands true as you read this. This is because Earworm Entertainment Artist Collective does not slack. We are creators born to create. We are consistently creating something new beyond the music! lookout for new shows, videos, art, and music from my Earworm Family! Also, never forget the Schezworm Sauce! 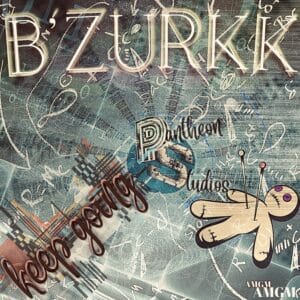