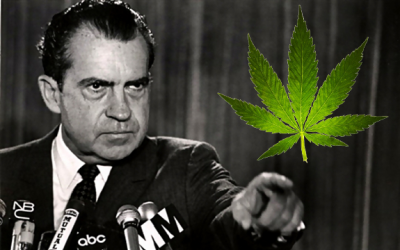 Some people speculate that these plants and fungus are illegal due to xenophobia against minorities, refugees, and Muslims. I’m not writing this to lay claim to any speculation. Let’s just take a look at each one of these plants and the laws that surround them.

In the United States, cathinone is a Schedule I drug. According to the US Controlled Substance Act. The 1993 DEA rule placing cathinone in Schedule I noted that it was effectively also banning khat. In America, both the plant itself as well as cathinone, its active component, are illegal. It is reported that the cathinone in Khat breaks down quickly. After only a few days, only cathine is left. The DEA temporarily (emergency) scheduled cathine in Schedule IV on May 17th, 1988.  There is some confusion about whether the appropriate administrative measures were taken to permanently add it to Schedule IV. Regardless of whether it was properly scheduled. The US federal government has considered cathine a Schedule IV drug for over twenty years.

Peyote is Schedule I in the United States. This means it is illegal to manufacture, buy, possess, or distribute (sell, trade or give) without a DEA license. Peyote Meaning all parts of the plant presently classified botanically as Lophophora williamsii Lemaire. Whether growing or not, the seeds, any extract from any part of the plant. Every compound, manufacture, salts, derivative, mixture, or preparation of the plant. Its seeds or extracts. The listing of peyote as a controlled substance in Schedule I do not apply to the nondrug use of peyote. That is in bona fide religious ceremonies of the Native American Church. Members of the Native American Church using peyote are exempt from registration. Any person who manufactures or distributes peyote to the Native American Church, is required to obtain registration annually. They also need to comply with all other requirements of law.

Opium poppies are specifically scheduled under U.S. Law. The Controlled Substances Act, Schedule II, lists “Opium poppy and poppy straw” as well as “Concentrate of poppy straw”. As Wel as the crude extract of poppy straw in either liquid, solid or powder form. As long as it contains the phenanthrene alkaloids of the opium poppy. Opium and its constituent chemicals are listed in Schedule II. Some derivatives (such as Heroin) are listed in Schedule I. There is some confusion in the law. Being that opium-producing poppies are widely grown around the US and Canada. Also, the opium poppy seeds are omnipresent in cooking, bread, and deserts. The grey-blue poppy seeds sold in virtually every grocery store in the US contain low levels of opiates. Not psychoactive at amounts used in cooking.

Poppy pods are widely used in dry flower arrangements. Law enforcement in the US is somewhat inconsistent about these plants. Although there are continual attempts to try to stop them from being sold or grown. If poppies are grown as sources for opiates, there is no question that it violates the CSA. If poppies are purely grown for ornamental purposes, their legal position is somewhat less clear cut. Since they are so widely grown and available. Opium for legal commercial pharmaceutical use is grown with special government licenses around the world. Although very little of it is grown inside the US. Large scale. Most underground opium poppy growing is reported to take place in Mexico, Afghanistan, and many other countries in Asia. Much of the produced opium is converted into heroin because it is easier to ship. It also commands a higher price than raw opium.

Coca leaves and extracts of coca leaves are both Schedule II in the United States. This means they are illegal to sell without a DEA license. Also illegal to buy or possess without a license or prescription. Despite the clear Federal and state law, coca leaves are widely available for commercial retail outlets in 2013. It also has been now for over a decade. Illinois State Court found that police officers drinking coca tea without knowledge that it contains cocaine, cannot be fired. Under their “zero-tolerance drug testing” policies. See Garrido v Cook County Sheriff’s Merit Board, June 9, 2004.

The Cannabis plant and its major active chemicals including delta-9-THC are Schedule I in the United States. This means they are federally illegal to buy, possess, cultivate, synthesize, or distribute (sell, trade or give) in all forms. In one of the incoherent curiosities of the current Controlled Substances Act, a specific synthetic THC (dronabinol; Marinol) is Schedule III. Also, meaning THC is both without a “currently accepted medical use” and has fully FDA-approved medical use. Simple possession of small amounts is almost never prosecuted federally.

Arrests and punishments for cannabis-related offenses are based on state and local law. In 2015, the legal status of cannabis in the United States is rapidly changing. Leaning towards legalization for recreational and medical use. Several states have already set up legal regulatory systems. Allowing for the growing and distribution of cannabis inside their borders. These remain in a legal gray area with regard to federal law. Many major U.S. politicians are now saying they will support the removal of cannabis from Schedule I. Allowing states to choose its legal status. Most believe that cannabis is on its way to becoming fully legalized in most U.S. states.

Psilocybin mushrooms are not specifically named in the U.S. federal scheduling system. Their two primary active chemicals Psilocybin and Psilocin are both Schedule I. This means they are illegal to manufacture, buy, possess, or distribute without a DEA license. Fresh and dried psilocybin mushrooms are considered containers of Psilocybin and Psilocin. Which makes them illegal to possess as well. Also, because spores contain no psilocybin or psilocin, they are legal to sell and possess.

This is true in all states except California, Georgia, and Idaho. In most states, it is illegal to cultivate or propagate spores into mycelium. Since mycelium generally contains both psilocybin and psilocin. Some countries have ruled that growing psilocybe mushrooms does not qualify as ‘manufacturing’ a controlled substance. In 2005, a New Mexico state court ruled that growing mushrooms did not qualify as manufacturing psilocybin under state law

What do you think?

Why do you believe these plants are classified as illegal? Why not other plants like poison Ivy, Sumac, or Oak? Also, if you are not harming anyone, is it really anybody’s business what you do? Do you ever catch yourself with an illegal smile? Please let us know what you think in the comment section below!