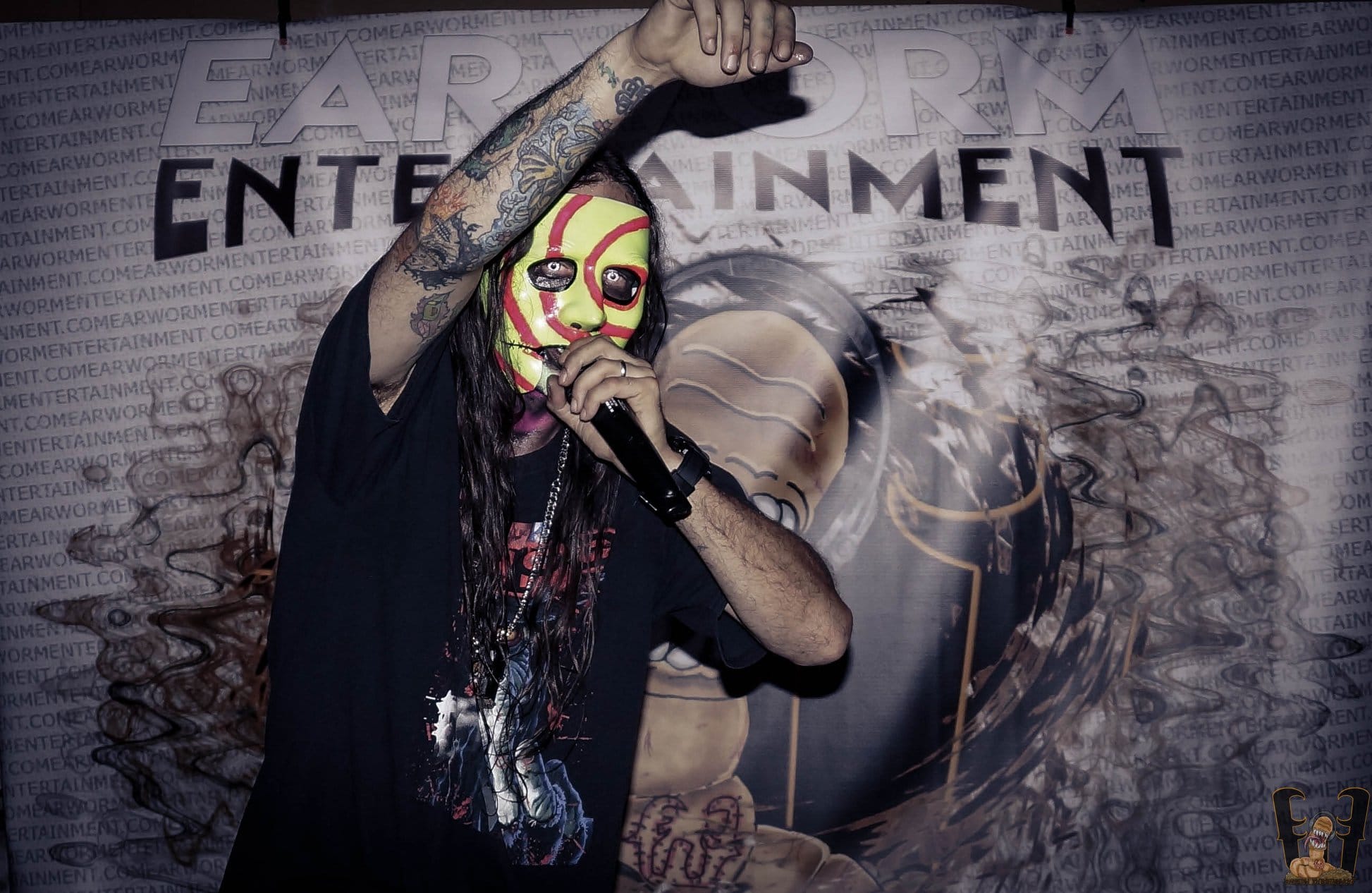 Who is Jay Prophet?

Who is Jay Prophet? The one and only Industrial Hip Hop masked musician from the New England Region. Earworm Entertainment introduces to you! Jay Prophet from Cranston R.I. Jay brings Hip Hop to a new level in the underground scene. With screams, emotional, lucid truth that is exploited through his lyrics. This man comes from a background of experienced multi-genre branches of music such as metal, rock, Hip Hop. Jay Prophet is well known for his creativity, originality, Powerful vocal chords. As well as the energy he delivers to a crowd at shows.

Recently Jay Prophet was featured in Jamsphere magazine, an online blog and physical mag from Italy. Let us look at some of the Q and A from the interview:

Jay Prophet: Ooh boy! well.. I was raised by a family that almost every member, from my brother, father, cousins, uncles, shit aunts, mothers, grandmother you name it. I started as a kid and always had my share of discovering multiple instruments all my life. Drums for 7 years’ old played guitar and bass. I really spent most of my life not listening to much hip hop. Mostly here and there. I was doing cover substituting on drums for a few bands but had plans to make music on the inside around 2014 of producing beats and making some sort of hip hop style of my own. I wanted something new.

Jay Prophet: Being and underground hip hop artist also as a masked musician. I’m officially the only masked musician in Rhode Island living in the most corrupted state in the U.S I have a small fan base but it’s only because my music is so different compared to other hip hop music. I’m too underground because I am different.

Jay Prophet: summer mid-July of 2018 I had the chance to perform at a warped Tour event in Mass at Xfinity centre. I performed on the Transform stage and the crowd was so big it was breathtaking. The crowd dug it and rocked out. Even at the end of my songs because it was about 101 degrees outside, I would see the people in the crowd stop and sweating and the feeling of the hot breeze of moving bodies pause as I felt the cool air from the sudden stop.

That feeling was so strange and I never thought that was a thing. When it comes to over 5 thousand people and such a hot day it was looked difficult to bare out in a crowd. I only had a 15-minute set. I gave it so much of my all that after my set I threw up because of stretching my vocals from screams the weather really got to me and I was glad it was over but it was the still a huge success.

Read the rest of his interview over at Jamsphere, and if you’re still wondering, check out this video interview:

Great artist with a captivating performance

From the man behind the mask! So dope!